Learners from Bridge participated in this year’s Storymoja Read Aloud campaign to mark the Day of the African Child, celebrated on June 16 every year. The campaign brings together pupils from various schools in different venues around the country to read from the same text at the same time. This year’s text was selected from the Swahili KICD approved and KHRC commissioned storybook ‘Shambulizi la Akina Shida’.

With the upcoming general elections, the organizers selected the text from the Swahili storybook to sensitize children and communities on issues around unity in diversity, ethnic tolerance, children’s rights, disability and inclusion.

This is the first time reading aloud is done in Swahili in celebration of the national language. The decision resonates with the adoption of Swahili language by the African Union as the language that will promote regional integration and sustainable development.

Reading storybooks promote literacy and critical thinking. Stories invite debate and stimulate the exploration of values and issues affecting how we live with each other, helping children to develop empathy.

According to National Assessment System for Monitoring Learner Achievement (NASMLA) 2016, 95.5 percent of grade 3 learners in the country are not attaining high order skills in mathematics, while 85.1 percent and 90.5 percent did not attain even the most basic or Level 1 competencies in English and Kiswahili, respectively. This trend in learning achievement is replicated in a more current NASMLA Class 3 Study, 2018. This is a serious concern because the lack of foundational literacy and numeracy skills impedes learning and consequently, human capital development in the country. 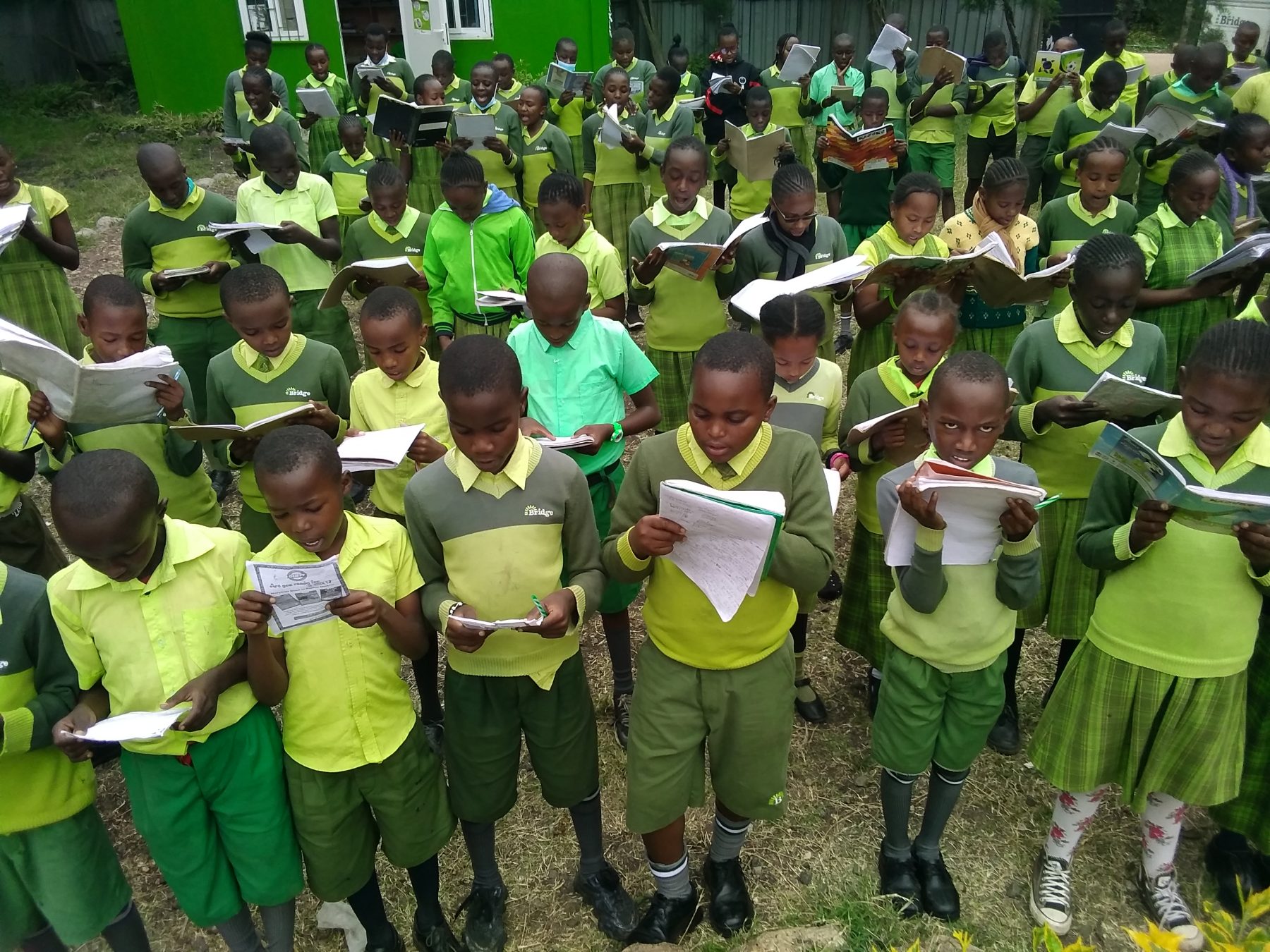 A new independent study led by Professor Michael Kremer of the University of Chicago to examine the impact of enrolling in schools that employ a highly-standardized approach to education found out that enrolling at Bridge schools improves pupil learning as measured by five subject knowledge tests designed to reflect the material in the national curriculum.

The researchers said Bridge offers positive effects on grade progression and on measures of working memory, self-control, and receptive vocabulary. The Bridge teaching increases the probability that pupils advanced two grades after two years by 20.3 percentage points in primary school and 17.8 percentage points in pre-primary grades.

It also found that Grade 1 pupils in Bridge International Academies Kenya were more than three times as likely to be able to read as their peers in other schools. The World Bank estimates that 90% of 10-year-olds in Sub Saharan Africa do not reach this benchmark.

In addition, the Nobel prize winning economist found that pupils starting from the lowest learning levels gained the most, with girls making the same leap in learning as boys. Professor Isaac Mbiti of the University of Virginia and a co-author of the study said:

Enrolling at Bridge reduces dispersion in test scores, having larger effects for pupils at the bottom of the test score distribution than those at the top.

The study was launched on stage by the Nobel Prize-winning economist to Heads of State and national Education Ministers at the Education World Forum, the world’s largest gathering of education and skills ministers, hosted by the UK Government in London.