The winning streak of Bridge Academy, Majengo Mapya remains unbroken following victory at the KUKKIWON Cup Taekwondo Championship in Nairobi. This time Majengo Mapya was joined by Bridge Academy, Ujamaa — also from Mombasa County, south-east Kenya. Together, they won 22 medals in the presence of South Korean Ambassador Kwon Young-Dae, who organised the tournament. Five gold, six silver and 11 bronze saw our teams take home the biggest haul of the tournament, under the Bridge banner.

Accompanying the winning team was Catherine Mbithe, Manager of Humanitas Activa and Bridge parent who are longstanding supporters of the Majengo Mapya academy having donated sports equipment to the team she said: “I am really proud of our team, this victory means a lot to me and to them. It’s motivation for them to work harder in class and in co-curricular activities. I’m so excited as a parent, believe this is just the beginning, with many more victories ahead.” 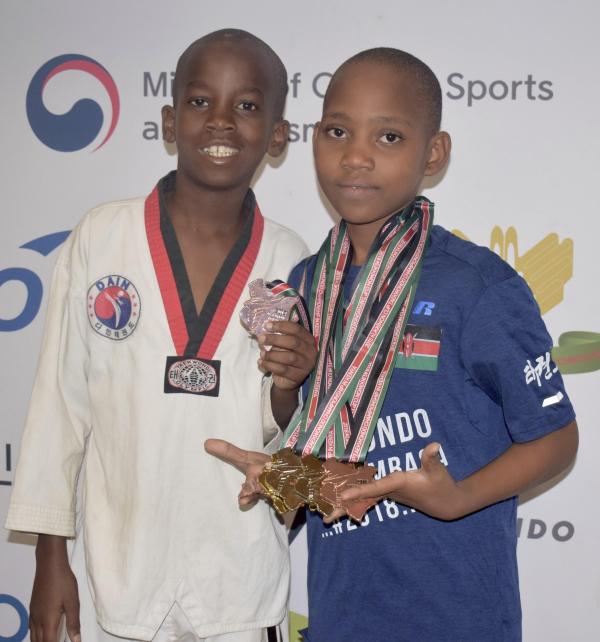 The team’s journey to becoming the best in Kenya began back in 2015 during their first tournament — the Mombasa County Championships — where they won nine medals (one gold, three silver and five bronze).

After this, their reputation blossomed and in 2016 they took the National Championships by storm, earning themselves ten medals, including four golds. They promised to return one day, to claim their Kenyan crown. They have now made good on that promise.

Gold medallist Paul Chengo, Captain of Majengo Mapya Academy Taekwondo team said: “We knew we would win big, but not this big. Thanks to our brothers and sisters from Ujamaa for proving to the world that Bridge is indeed the best, and remains the best.”

Bridge earned their position in the inaugural KUKKIWON Cup Taekwondo Championship after carrying the flag for Kenya at the Sky Blue Championships earlier this year in Rwanda. The Kenyan team of 17 included 11 Bridge pupils, who accounted for an impressive 11 of the 18 medals won by Team Kenya,  beating off tough competition from the USA, India and Rwanda. 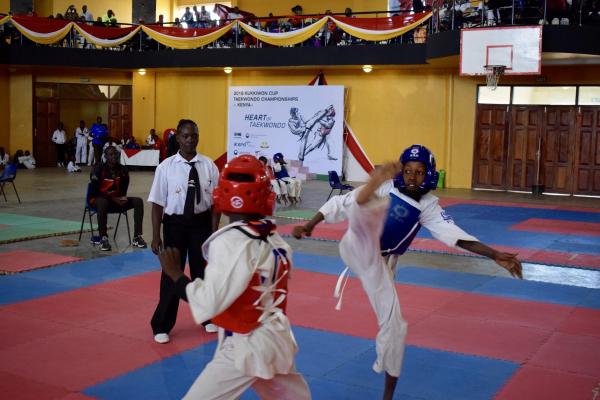 The KUKKIWON Cup also saw fierce competition from Ethiopia, Tanzania, Uganda, Swaziland, Switzerland, the Kenyan Defence Force and children from every corner of Kenya. More than 500 participants aged 4 to 18-years-old joined in the tournament ranging across three different disciplines: Poomsae, Kyorugi and Breaking technique. One standout performance came from four year old Fatuma Ali (below) from Ujamaa academy who took down every competitor, earning a gold medal! 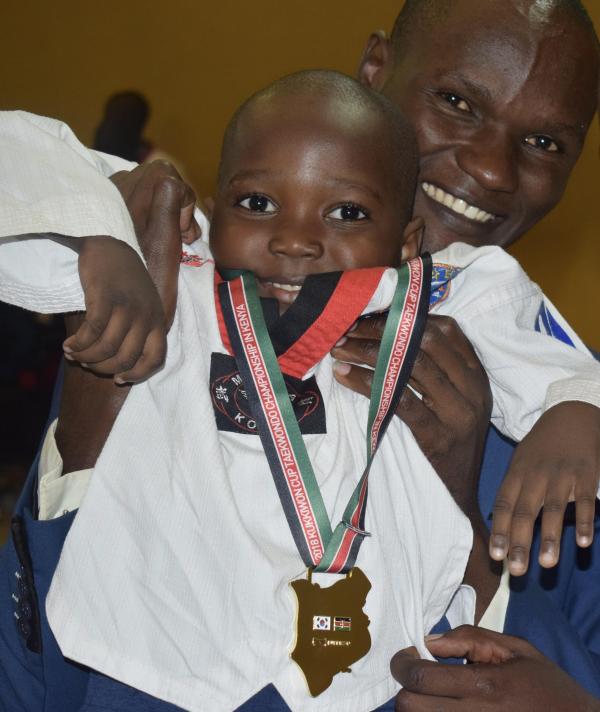 Andrew Mudamu, Majengo Mapya School Leader, said: “Bridge pupils have once again exhibited their might in Taekwondo and I’m so pleased for them and in awe of their great victory. Winning 22 medals in such a Championship is not easy and by dominating the competition in Kenya, they’ve clearly shown that they’re ready to compete on the international stage.”

Bakari Mwinyi, the outgoing Captain of the Ujaama Academy team, said: “This victory means a lot to me and the team in general. Personally, winning a medal is a great thing and I believe we are the best.”

Gold medallist Paul Chengo, Captain of Majengo Mapya Academy Taekwondo team said: “We knew we would win big, but not this big. Thanks to our brothers and sisters from Ujamaa for proving to the world that Bridge is indeed the best, and remains the best.”

The Taekwondo team is excelling at Bridge, but it’s just one of the many co-curricular activities on offer to Bridge pupils. Co-curricular activities emphasise the importance of participation both in and out of the classroom — helping produce well rounded children who go on to be active members in, and leaders of, their communities.